A special mint strike 1964 Kennedy Half Dollar has set a record at auction. The 90% silver coin with champagne toning recently sold for a stunning $108,000 at Heritage Auctions. The coins was PCGS certified at MS-67 and is one of roughly a dozen examples of this particular coin with a special strike. PCGS notes that it is a “SMS”, or Special Mint Strike

So what is a special mint strike? Essentially it is a coin with a better-than-average strike for a circulating coin. Usually these types of deep strikes are aimed for Uncirculated Mint Sets and other specialties. In this case, in 1964 there was no special Mint Set released. That didn’t happen until 1965. Coins with these deep strikes have been showing up sporadically for the last decade or so at auctions and are usually noted by their deeper toning thanks to the strike process.

Ultimately, until 1965 when the Special Mint Set was created by the US Mint, these deep strike coins shouldn’t exist as any mintage was done for general circulation. Those coins minted would have been produced through normal pressing processes. In the case of SMS coins, they are pressed with a higher tonnage press to give the deeper strike. That is what makes this one rare – and expensive.

Both the seller of this coin and the buyer remain anonymous. 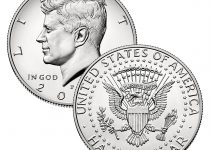 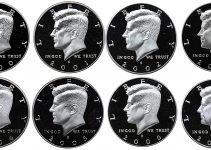 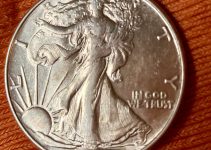