The Commission of Fine Arts has posted their minutes from their last meeting which covered topics for the United States Mint. The minutes cover the meeting that was held on April 18, 2019 where two key Mint related items were on the docket. First was the 400th anniversary of the Mayflower gold and silver coin program while the $1 dollar coin designs for the American Innovation series were also covered.

For those that may not be familiar with the CFA, they best describe their charter on their site.

The U.S. Commission of Fine Arts was established by Congress in 1910 as a permanent body to advise the federal government on matters pertaining to the arts and national symbols, and to guide the architectural development of Washington, D.C.

For the 400th Anniversary of the Mayflower landing, there will be a special coin program which will consist of a 24-karat gold coin and a silver coin. For the gold coin, the CFA recommended the Obverse and Reverse you see below.

For the silver coin, the commission recommended the following Obverse and Reverse for that coin.

These coins are set to arrive in 2020

Separately, the CFA also heard and recommended designed for the upcoming $1 American Innovation coin series for the states of Delaware, Pennsylvania, New Jersey, and Georgia. Overall design recommendations were offered to all but Georgia who the commission raised concerns with the design and its focus.

Raising concern with the proposed theme of the Trustees’ Garden in Savannah, the Commission members did not recommend any of the submitted alternatives. They observed that the design alternatives for the Trustees’ Garden depict agricultural produce, and they questioned the appropriateness of an agricultural theme for this coin that does not recognize the historic plantation system supported by enslaved labor. They also suggested that a more appropriate theme could be the plan of Savannah itself, which is of special significance in the history of American urban design. They emphasized that their comments address the theme rather than the compositional quality of the submitted designs; they acknowledged the artistry of alternative #2, consistent with the CCAC preference.

The American Innovation coins are set for 2019 release. 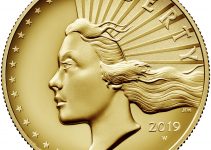