The legislation for a commemorative coin honoring Christa McAuliffe took a positive step forward this week. The Christa McAuliffe Commemorative Coin Act of 2019, Senate Bill 239, was passed on Tuesday, July 9th. The bill was introduced on January 28, 2019 with 83 of the 100 senators as cosponsors.

The bill calls for the United States Mint to produce 350,000 silver Dollar coins that would feature McAuliffe on the Obverse and a Reverse that would “portray her legacy as a teacher”. McAuliffe, the first teacher for the Teacher in Space Program from NASA, was killed along with six other crew members in the Space Shuttle Challenger explosion on January 28, 1986.

The commemoratives would be produced both in Proof and Uncirculated finishes and will contain at least 90% silver. Further, a surcharge of $10 would be added to the price of each coin with the proceeds being paid to the FIRST robotics program.

The FIRST robotics program for the purpose of engaging and inspiring young people, through mentor-based programs, to become leaders in the fields of science, technology, engineering, and mathematics.

In order for the bill to become law it must also be voted on by the House of Representatives. They have their own bill, House Resolution 500, for a commemorative coin for honoring Christa McAuliffe. The major difference in the two bills is that the Senate version calls for minting and selling to happen in 2021 while the House bill calls for it to be minted and sold in 2020. Assuming a compromise is reached, the final bill would then need to be signed into law by the President before the Department of Treasury could begin work on the commemorative in earnest. 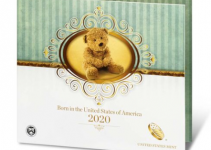 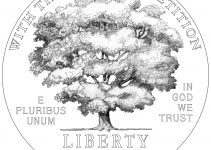