The American Numismatic Association (ANA) has announced a symposium slated for August 13, 2019 at the World’s Fair of Money in Chicago. The event is titled What the Future Holds and will feature no less than eight speakers for the symposium.

The round table style discussion will center around the speakers and they will present what they believe to be the future of numismatics and factors that could influence that future.

Speakers scheduled to appear include:

The symposium is schedule for Tuesday, August 13th from 4:30 to 6:00 pm. It will be held in Room 23 at the Donald E. Stephens Convention Center in Rosemont, Illinois.

The American Numismatic Association (ANA) announced the annual World’s Fair of Money earlier this year and it will take place August 13-17, 2019 in the Chicago, Illinois suburb of Rosemont. The event is one of the largest numismatic events in the world and brings in collectors and dealers from around the world.

As a bonus to ANA members, admission into the event will be allowed 30 minutes prior to opening to the public. This gives ANA members time to shop and talk to dealers in a more intimate setting. As always, ANA members are free to enter the event while the general public is $8 for admission. 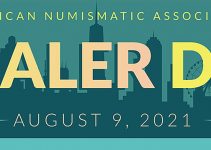 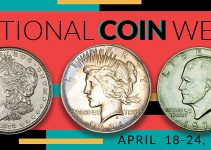