The Bureau of Engraving and Printing has announced the Numismatic events in which the agency will attend in 2020. For now, it is a short list, consisting of two major shows in the United States.

The first event will be the Florida United Numismatist (FUN) Convention. It is being held January 9-12, 2020 at the Orange County Convention Center in Orlando, Florida.

The second event doesn’t come until August at the American Numismatic Association (ANA) World’s Fair of Money being held in Rosemont, Illinois on August 4-8, 2020.

At both events, the Bureau of Engraving and Printing will have quite literally a billion dollars in paper money, premium product, engraved prints and more.

Attendees will have the opportunity to view more than one billion dollars of rare antique currency and demonstrations and to purchase unique currency-related items, including sheets of uncut currency, beautifully packaged premium products, special engraved prints, and numerous specialty items.

For those that are new to Numismatics and collecting, the BEP is responsible for the paper money production in the United States. Think of it as the Mint for paper money. The BEP and the United States Mint often have joint products as well as attend joint events. 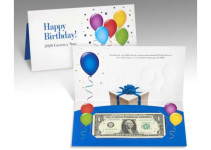 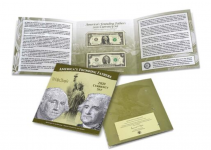