Today’s Deal is an opportunity to pick up a somewhat unique coin set from the United States Mint. The 1996 Uncirculated Set was different than any other such set throughout the 1990s. The 1996 contained the normal uncirculated specimens from the Denver and Philadelphia Mints but it also contained the rare 1996-W Roosevelt Dime. 1996 was the 50th anniversary of the Roosevelt Dime and to mark the occasion, the Mint produced a limited number of Dime coins at the West Point facility. The packaged them with these Uncirculated Sets.

Today’s Deal is on the complete 11-coin 1996 Uncirculated Set including the West Point Roosevelt Dime. You can pick it up for $23.99 including free shipping for those of you who are Amazon Prime members.

US Coin News is an affiliate partner with Amazon. Today’s Deal articles contain links that, when clicked and a purchase is made, will generate a small commission to the site. Those commissions are used to help pay for the upkeep and hosting of the site. Thank you.

Here are the 11 coins that you will get in this set. It comes in the original government packaging.

Obviously the inclusion of the 1996-W Roosevelt Dime is what makes this set both rare and a bit more expensive than other mid-1990’s Uncirculated Sets.

As with all purchases made through Today’s Deal, you have a 30-day satisfaction guarantee. If you are not completely satisfied with the purchase, simply return it for a full refund. For those of you who are Prime members, you get free return shipping.

To get more details or to order, head to this link. At the time of this posting, there were three of these sets available. 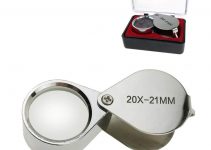 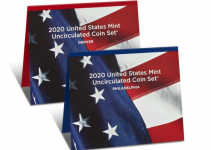