Home
Mail Bag
Mail Bag – Which Grading Service Do You Use?

Today’s Mail Bag question comes from Marcus and he asks which grading service I use for my collection. With handful of different grading service companies out there, it can be a bit confusing on who to use.

I’m trying to figure out which coin grading service to use and which is the best? Which one do you use? Are they the best one?

For me, I have always used Numismatic Guaranty Corporation, or NGC. It isn’t that they are necessarily the best out there (I think all of the major players have their strengths and weaknesses) but comes from my early membership with the American Numismatic Association. NGC and the ANA have always had a close relationship and when I joined ANA, it seems a natural fit to use NGC to grade my coins. And 20-odd years later, I’m still using them.

On the flip-side of this, I have several collector friends who swear by Professional Coin Grading Services, or PCGS. They too are one of the top grading companies out there and offer a wide range of services on coins, like NGC.

Two of the other major grading companies out there are ANACS (American Numismatic Association Certification Service) and ICG (Independent Coin Grading). ANACS is the oldest grading company, having been founded in 1972 and was originally associated with the ANA. They are now a separate company.

Ultimately Marcus, if you go with one of these four, you are going to be good-to-go. All of these services are highly respected and you can be sure that your coins will be accurately graded and the holders will be of high quality and durability.

Thanks for writing in Marcus. If other readers have a question or comment, use the About page to send it in! 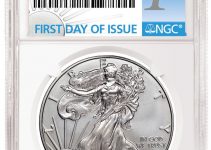 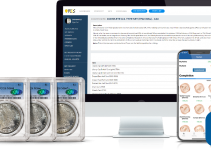