Over the course of its history, the United States Mint has produced many Numismatic products that never captured the imagination of the general public or collectors. One could make the argument that the short lived Prestige Proof Sets would be such a product. Produced from 1983 through to 1997, the Prestige Proof Sets were aimed to give collectors an enhanced Proof set with a commemorative coin produced that year in a more elegant presentation leatherette binder. It was a great idea to boost sales and create a limited edition proof set but sales never materialized.

The Prestige sets were started in 1983 and were produced through 1997. The program was suspended in 1998 and has not returned since. The only year the set was not produced was 1985. Each year, the set would include a proof of all of the circulating coinage for that year, along with the commemorative dollar, produced in silver, and in a few cases a commemorative half dollar. All of the coins were made in San Francisco and bore the “S” Mint Mark for that facility, including the commemorative.

What made the Prestige Proof Set unique, aside from the included commemorative silver dollar, was the presentation. The sealed holder of the coins was in a leatherette folder that included a Certificate of Authenticity, all of which shipped in a matching color box. The idea was for collectors to have a unique way to show off the various coins of the United States Mint in a, dare I say, prestigious way.

The first Prestige set was produced in 1983 and included the 1983 Olympic Commemorative Dollar. The commemorative was of the Discus Thrower and was made of 90% silver. The ’83 set was unique in that it was obviously the first of these sets but it also contained a 90% silver coin of any type. This coin was the first 90% silver dollar produced by the United States Mint since 1935. Add all of these facts together, along with an exceptionally low 140,361 sets being made, it was logical to assume that the sets would be strong sellers.

And you would be wrong.

Not deterred, the United States Mint plowed ahead with the 1984 Prestige Proof Set. Featuring the second Olympic Commemorative Dollar depicting the Los Angeles Coliseum, the Mint produced 316,680 of these sets. The issue price of $59 ($146 in 2020) was still too steep for many collectors and once again, few of the sets sold for the Mint.

The United States Mint did not produce a commemorative coin in 1985 and thus the Mint decided not to produced a Prestige set that year. While researching for this article, I found no evidence to suggest that the Mint was debating to not produce the Prestige set after the dismal sales of 1983 and 1984. All indications were that the plan was to go ahead in 1986. That year, sales once again disappointed. 599,317 of the sets were made in ’86 and it was the first set to include both a Silver Dollar and Half Dollar commemorative coins for that year, commemorating the Statue of Liberty and Ellis Island.

After 1986, production of the Prestige Proof Sets never pass the 300,000 set mark except in 1987 and again in 1990. The lowest production set, and unsurprisingly the only real key date for the entire Prestige Proof Set lineup is the 1996 Set. Only 55,000 of the sets with the included Olympic Silver Dollar and Half Dollar were made, making it effectively the only set that today sells for more than its issue price.

Below is the complete table of sets, the commemorative coin that came with them, and the production totals for the year.

Today, collectors can easily find all of the Prestige Sets available from their local coin shops, online retailers, and eBay. Most sets average between $25-60 each with the 1996 generally costing around $300. For example, the 1983 Prestige Set can be bought on Amazon for $52.25 (Affiliate Link). That is around $21 in 1983 currency! Even the hard-to-get 1996 set can be found for just under $300 (Affiliate Link) While the sets never really took off as the Mint had hoped, today, they make a unique type of Proof Set to add to your collection at relatively low costs.

Be sure to check out the other Coin History articles here on US Coin News. 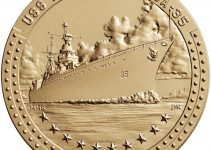 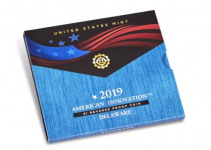