The United States Mint has released the official images of the upcoming Barbara Bush First Spouse gold coin. The one-half ounce pure gold coin is set to be released on August 20, 2020 in both a Proof and Uncirculated finish.

The latest edition to the First Spouse gold coin series was authorized by the same legislation that authorized the George H.W. Bush Presidential dollar. That became law back in February of this year. It was originally introduced in February 2019.

The design of the Barbara Bush gold coin was created by AIP artist Barbara Fox and sculpted by Mint Medallic Artist John P. McGraw. The coin will be minted at the West Point facility.

The reverse design pays homage to Mrs. Bush’s passionate advocacy for family literacy. The design depicts a person reading, with an open road before them. The open book symbolizes literacy, education, and knowledge. The road symbolizes the future and the journey of life, and the sun in the distance is the promise of a brighter future

Pricing for both the Proof and Uncirculated coins have not been released. That will happen within a week of the actual release of the coin as it is based on the spot price of gold. The Mint has setup the product pages for both finishes however and you can sign up to get a reminder when it goes on sale next month. Go here for the Proof finish or here for the Uncirculated finish. 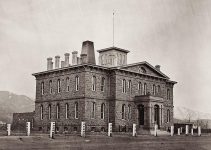 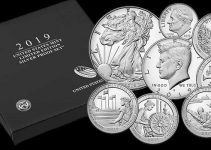