Last week, the remaining 2019 Enhanced Reverse Proof American Eagle silver 1-ounce coins went on sale. In all, there were an estimated 60 of the coins available so the odds of actually being able to purchase one was long. Every Numismatist knew that they would go quick and they did – less than 10 seconds quick based on various reports. That was not unexpected. The issue for many was that, during the brief time that the coins were available and some even had them in their virtual cart on the United States Mint website, the site became unresponsive or threw errors.

That too, unfortunately was not unexpected. It has been a continual problem for the Mint’s site.

Over the past two years that I have been closely paying attention to the website for the Mint, there is an increasingly common issue of the site becoming unresponsive at times of high demand. Day in and day out, the Mint’s site runs fine for the most part and rarely do I encounter any issues. However, if a special release of a product – often which is limited in production – the frustration mounts quickly with those trying to buy the products as they run into site errors, timeouts, or simply a non-responsive experience. The last time I personally experienced this was last year with the 2019 release of the Pride of Two Nations two-coin set. I really, really wanted to get one of these sets and literally changed flights (I was on a business trip at the time) to assure that I was in the airport with solid WiFi and not trying to do this on craptastic airplane WiFi. I got lucky: I managed to get one of the sets but not without a bit of panic as the site threw errors as I tried to put the set in my cart then again when I was checking out (when it was processing my credit card of all times!). I honestly did not know for a good two hours if I’d actually managed to buy the set. I did but there were many more who experienced the same issue I did and were not so lucky.

Going into a high demand purchase on a website should not be a high blood pressure inducing experience. As a consumer, I should know that when I go to a site, click on buy-this-thing, and pay for it that I’m actually going to be able to complete that process without issues. Countless retail sites do this every year and rarely if ever have a slow down or a flat-out error (when is the last time Amazon crashed on you? Yeah, me neither.).

The US Mint needs to treat their website exactly like other retailers do. They need to make sure that they have sufficient resources to handle the crush of tens of thousands on their site at once, trying to buy one or two items they are offering. It needs to be a priority because ultimately it is costing the Mint. It may not cost them in sales – they, after all do end up selling all of that special product usually – but it is causing them in confidence from the collector community. Simply put, it should not be this painful – repeatedly.

More so, the issue seems to be unique to our Mint’s site. In talking to fellow Numismatists in Canada, England, and other countries, these types of fits and starts on high demand products doesn’t seem to happen at all. Realistically, they may happen some but it isn’t a consistent problem. For the US Mint, it is very much a consistent problem.

eCommerce, particularly in our COVID-19 world in which we live in today, is a critical revenue path for any business. The Mint is no exception. The site should have the technical stamina to handle the crush of collectors trying to buy an item at once. I’m sure I speak for many in imploring the Mint to seriously consider their site’s backend servers and eCommerce platform to assure these issues go away. And if the Mint has indeed bolstered the site’s resources, then they need to look at it again as it isn’t working as desired.

It’s well past time to do so.

As for me, when it came to the Enhanced Reverse Proof Eagle, the site crashed (404 error) as soon as it went on sale and was unresponsive for a full minute. 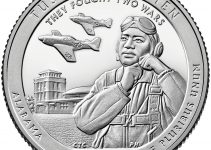 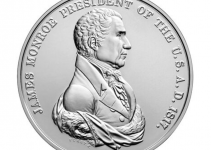