The following is a Press Release from the American Numismatic Association announcing its 2020 literary awards.

The American Numismatic Association’s 2020 literary awards – recognizing articles published in the 2019 volume of its official magazine, The Numismatist – will be presented virtually on Sept. 1 at 12 p.m. (MDT). The Numismatist was launched by ANA founder and first editor Dr. George F. Heath in 1888, and this year marks it’s 133rd volume.

The Wayte and Olga Raymond Memorial Literary Award, endowed in 1978 by the late John J. Ford Jr., is presented for articles that display original and comprehensive research in U.S. numismatics.

The Prue and Arthur Fitts Literary Award for Ancient and Medieval Coinage Studies recognizes literary excellence in those fields.

All feature articles published in The Numismatist automatically are considered for the Heath Literary Award; likewise, all qualifying articles are evaluated for the Raymond, Sheehan and Fitts awards. For information about submitting manuscripts for review and possible publication, email Editor-in-Chief Caleb Noel at cnoel@money.org.

The ANA also presents annual awards to encourage young writers and ensure a corps of future numismatic authors and researchers. The Young Numismatist Literary Award categories are named in honor of Whitman authors dedicated to educating the next generation of numismatists. YN Literary Awards will be celebrated at the Sept. 1 virtual ceremonies at 12 p.m. (MDT).

The Q. David Bowers Young Numismatist Literary Award honors numismatist writers that are aged 13 to 17. This year’s first place recipient is Alexandre G. Bojko for “The Wonderful World of Pattern Coins: The History of Pattern Coinage from 1792-1880.” Luke W. Daniel placed second with “Throw Me Something, Mister! A History of Mardi Gras Doubloons,” and Caleb Audette took third with his paper on “Legendary Men of America’s Treasury Notes.”

The Kenneth E. Bressett Young Numismatist Literary Award is given to writers between the ages of 18 and 22. This year, first place was won by Cole Hendrickson for “John Gault and his New Metallic Currency.”

The American Numismatic Association is a congressionally chartered, nonprofit educational organization dedicated to encouraging the study and collection of coins and related items. The ANA helps its 28,000 members and the public discover and explore the world of money through its vast array of educational and outreach programs as well as its museum, library, publications, and conventions. For more information, call 719-632-2646 or visit money.org. 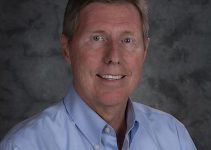 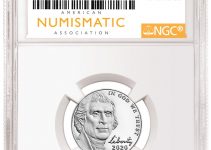