The following is a Press Release from the American Numismatic Association, announcing the winners of this Membership & Literary Awards as well as its Service Awards. The virtual reception to honor those receiving these awards will be held on September 1st and 2nd starting at Noon Mountain Time each day.

The American Numismatic Association (ANA) is honoring several numismatists who not only lead by example, but pave new avenues within the numismatic hobby. Recognized for their dedication, hard work, passion and contributions, these recipients will be acknowledged during the ANA’s virtual Membership & Literary Awards and Service Awards on Sept. 1 and 2 at 12 p.m. MT.

Those being recognized are:

The American Numismatic Association recognizes that the future of the hobby depends on the recruitment and education of young numismatists. The Young Numismatist of the Year award honors young collectors for outstanding contributions to the hobby and industry. Receiving this year’s award on Sept. 1 is Garrett Ziss. He is an active member of ten numismatic organizations, including the Liberty Seated Collectors Club (LSCC), Wilmington Coin Club and the Currency Club of Chester County.

Already an accomplished author, he has written eight numismatic articles over the span of four years that were published in the John Reich Journal, the official publication of the John Reich Collectors Society (JRCS). He also creates Excel spreadsheets that simplify the organization of U.S. half-cent and large-cent collections, which he shares with Early American Coppers (EAC) for members to use.

Since July 2019, Ziss has been organizing an oral history project, which includes interviewing and videotaping members of the JRCS and LSCC to preserve club history for future generations. He coordinated the EAC table at the 2019 World’s Fair of Money in Chicago, headed a successful YN Benefit Auction during the 2019 ANA Summer Seminar and volunteered with the ANA Kids Zone. He also organized a JRCS video projected entitled “Early U.S. Silver Coins and the JRCS” to attract new club members and gives yearly presentations at the Wilmington Coin Club Show’s kids program.

Ziss has prepared a number of exhibits, include a six-case display titled, “The Face and Stories Behind the Treasury Signers of U.S. Paper Money.” He’s also presented many programs to local clubs and given talks at national numismatic shows.

Ziss received several first-place honors in the ANA’s YN Literary Awards between 2013 and 2017.

In six-and-a-half decades following his first West Valley Coin Club meeting in 1955, Walter Ostromecki has worked tirelessly to further the ANA’s mission by advancing education initiatives in numismatics. His efforts have earned him the highest honor conferred by the Association: the Farran Zerbe Memorial Award for Distinguished Service. He will be recognized on Sept. 2.

With over 40 years of service as an educator and administrator for Los Angeles schools before his retirement in 2009, Ostromecki continues to use his talents as an educator to promote numismatics to young people. He enjoys sharing the hobby with grade school youngsters through games like “Who Wants to Be a Millionaire?” and “Treasure Trivia.”

Ostromecki became an ANA member in 1975 at the ANA convention in Los Angeles. Since then, he has served on various committees, the first of which was tasked with the creation of the Club Representative Program and national coordinator position.

First elected to the ANA Board of Governors in 2005, he went on to become vice president and then president in 2015-17, before finishing his final term.

His accolades are many, but some of which he is most proud include several top honors, such as the Numismatic Association of Southern California’s Richard P. Goodson Memorial Award (1995), the Pacific Northwest Numismatic Association’s Bob Everett Memorial Award (2007) and the Nina Nystrom Memorial Goodwill Ambassador Award (2011). He also received the International Coin Club of El Paso’s first Life Membership Award (2018) and the Central States Numismatic Society’s Mitch Ernst Sower Award (2019), along with many awards from the ANA.

His numismatic interests include paranormal currency (money depicting the supernatural, including dragons, witches, vampires, etc.), elongates, world currency featuring women, Biblical coinage and “dumb” coins (those issued without a country name or denomination). He has a complete collection of 1870- to 1893-CC half eagles (gold $5) graded Fine to Uncirculated and is constantly adding to his 12,000-plus collection of 1976 bicentennial $2 bank notes postmarked by various cities and states.

This year’s Numismatist of the Year is Mark Borckardt. His contributions as a researcher and writer are almost too numerous to list. He has discovered at least one new variety of Bust half dollar, rediscovered a major large-cent variety that was believed not to exist, and was part of the team of numismatists who confirmed the authenticity of the Walton 1913 Liberty Head nickel.Borckardt has contributed to various important numismatic texts, including A Guide Book of United States Coins (the “Red Book”), 100 Greatest U.S. Coins and Walter Breen’s Encyclopedia of Early United States Cents, 1793-1814. He is the author of Coinage of the Confederacy, and he co-authored Million Dollar Nickels with Paul Montgomery and Ray Knight. He also has written many articles for The Numismatist and other publications. Borckardt served in the U.S. Army, Ohio National Guard, and in 1986 graduated with a bachelor’s degree in mathematics from Findlay College (now University of Findlay). He and his father operated a coin shop in Findlay, Ohio, throughout most of the 1980s, until a fire destroyed the building. In 1989 he was hired as a cataloger for Bowers and Merena Galleries and later became vice president of the company. Borckardt joined Heritage Auctions in 2004. He currently is a senior numismatist and acts as sole cataloger of over a dozen major collections. During his long and illustrious career, he has cataloged numerous varieties and handled some of the greatest United States coins ever struck. Borckardt is a life member of the ANA, Early American Coppers (serving as the club’s historian) and Numismatic Literary Guild (NLG). He also has been a member of the Rittenhouse Society since 1994 and participates in other hobby organizations. He has been recognized with many numismatic awards, including an ANA Presidential Award (2018). He also received the NLG’s highest recognition, the Clemy Award (2016), among other literary and merit honors.  His award will be formally presented on Sept. 2 during the virtual Service Awards.

The Lifetime Achievement Award is presented to an individual, family, firm or judicial entity that has made outstanding contributions to organized numismatics.

Tom DeLorey, recipient of the 2020 Lifetime Achievement Award, has been passionate about numismatics since childhood. He will be recognized for his efforts on Sept. 2.

“My favorite subjects in school were history and geography, which are particularly useful in numismatics, though I did not plan it that way,” DeLorey recalled in a 2009 interview.

His career has centered around the “Hobby of Kings” ever since 1973, when he began a five-year stint as a writer for Coin World. Subsequent jobs include an authenticator at the American Numismatic Association Certification Service (1978-84), numismatist at the Rare Coin Company of America (RARCOA, 1984-88) and senior numismatist for Harlan J. Berk, Ltd. (1989-2010).

DeLorey previously collected medals and tokens of Thomas Elder and coins of Honduras, and he wrote articles on both topics for The Numismatist in the 1980s.  Past honors include the Numismatic Literary Guild’s Writer of the Year (1978) and Clemy Award, the organization’s highest honor (1999); and the ANA’s Numismatist of the Year (2009). He also has earned six ANA Literary Awards.

DeLorey also is a respected numismatic editor and researcher. He served as editor of the Token and Medal Society’s TAMS Journal in 1981 and was technical editor of the Comprehensive Catalog & Encyclopedia of U.S. Coins.

Notably, he discovered the 1857 Flying Eagle cent clashed with a Seated Liberty half dollar, which he called his “greatest discovery” in the field of coin varieties.

The American Numismatic Association is a congressionally chartered, nonprofit educational organization dedicated to encouraging the study and collection of coins and related items. The ANA helps its 28,000-plus members and the public discover and explore the world of money through its vast array of educational and outreach programs as well as its museum, library, publications, and conventions. For more information, call 719-632-2646 or visit www.money.org. 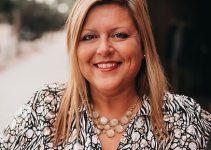