The American Numismatic Association, ANA, has released the fifth episode of their new Two Bits Podcast. In this episode, Doug and Mitch, the hosts of the Two Bits Podcast, discuss silver mines in the Old West and discuss the economic and political forces behind the Moran and Peace Dollars.

Join Doug and Mitch for a discussion that ranges from the silver mines of the Old West to the halls of government in Washington DC and beyond (including the land of Oz), recounting the economic and political forces behind Morgan and Peace Dollars. Find out about all of the historical twists and turns involving these popular collectibles!

HostDoug Mudd has collected since the age of 10 and is currently interested in ancients, modern paper money, WWI and pre-19th century medals and coins. He was Collection Manager for the Smithsonian Institution’s National Numismatic Collection from 1991 to 2004 and has been the curator of the ANA’s Money Museum since 2004. Author of numerous numismatic lectures, exhibits and publications, he writes a regular column for The Numismatist and has been an ANA Summer Seminar instructor since 2002. He is also the author of the NLG award winning book All the Money in the World printed in 2006 by Harper Collins as part of Smithsonian books.

The podcast was launched earlier this year by the American Numismatic Association and is available on all of the popular podcast apps and services. This includes Apple Podcasts, Google Podcast, Spotify, and PocketCasts to name but a few. Just search for Two Bits in your favorite app. You can also visit the link above to go to the podcast’s site and listen to episodes there too. 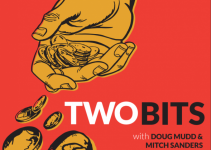 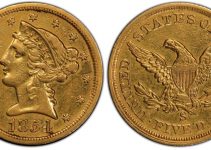