In another surprise move over the weekend, the United States Mint has set the release date for the series of commemorative coins honoring the National Law Enforcement Memorial and Museum. The series of coins, seven in all, will be released on January 28, 2021 with sales beginning at Noon Eastern, 9:00 AM Pacific.

The set of commemoratives will consist of a $5 gold coin, a silver Dollar coin, and a clad Half Dollar coin, all with unique designs.

The gold coin will have a $5 face value and will be made of 90% gold. A total of 50,000 coins will be minted across all product sets. The Obverse was sculpted by Phebe Hemphill and was designed by Frank Morris. The Reverse was sculpted by Craig Campbell and designed by Ronald D. Sanders. The coin will have a limit of 1 coin per household, a common practice by the Mint for gold coins.

Finally, the Mint will produce a clad Half Dollar coin as part of the commemorative series. 750,000 of these coins will be produced across all Mint products and will be made of the standard clad composition of 8.33% Nickel and 91.67% copper. The Obverse was sculpted by John P. McGraw and designed by Ronald D. Sanders while the Reverse was sculpted by Renata Gordon and designed by Heidi Wastweet.

The Mint will be selling a 3-coin set consisting of the gold coin, the silver Dollar, and the clad Half Dollar. That set will be limited to 7,500 sets with a household limit of 1. This set is likely to be the set that goes the quickest given its very low set production number.

Prices for each of the products will be announced on the day of release as well, hopefully, the official product images. Even on the Production Schedule, the Mint has not released the official images of the coins. 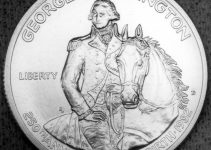 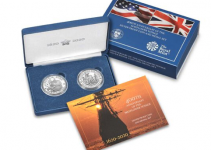 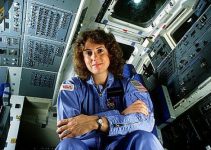