WASHINGTON — The United States Mint today announced the appointment of Arthur (Art) Bernstein to the Citizens Coinage Advisory Committee (CCAC) as one of three members appointed to represent the interests of the general public. Mr. Bernstein fills the vacancy created by the term expiration of Jeanne Stevens-Sollman who served two terms on the CCAC from 2012 to 2021. Mr. Bernstein’s term is four years.

A passionate numismatist who enjoys sharing stories of his coin and banknote collections, Bernstein currently serves as the Chief Operating Officer at the law firm of Tucker Ellis LLP, based in Cleveland, Ohio.

Before joining Tucker Ellis, he spent 17 years as Executive Director at Hopkins & Carley in San Jose, California. Art is also a former Director of the Office of Financial Planning & Analysis at the State Bar of California in San Francisco, and previously worked for the County of San Mateo and the California State Legislature.

Outside his role in law firm management, Art is an active Boy Scout Leader, serving as a local Scoutmaster and leading troops to International and National Jamborees. As a coin collecting merit badge counselor, he has counseled hundreds of Scouts in both California and Ohio, helping them to earn the Coin Collecting Merit Badge and further their advancement in Scouting. He is an Eagle Scout and a recipient of the Silver Beaver, and he currently serves on the Board of the Lake Erie Council, Boy Scouts of America.

The CCAC was established by an Act of Congress in 2003. It advises the Secretary of the Treasury on theme or design proposals relating to circulating coinage, bullion coinage, Congressional Gold Medals, and other medals produced by the United States Mint. The CCAC also makes commemorative coin recommendations to the Secretary and advises on the events, persons, or places to be commemorated, as well as on the mintage levels and proposed designs.

The CCAC is subject to the authority of the Secretary of the Treasury. The United States Mint is responsible for providing necessary and appropriate administrative support, technical services, and advice.

The CCAC submits an annual report to Congress and the Secretary of the Treasury, describing its activities and providing recommendations. 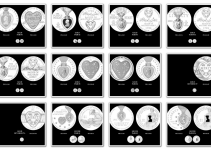