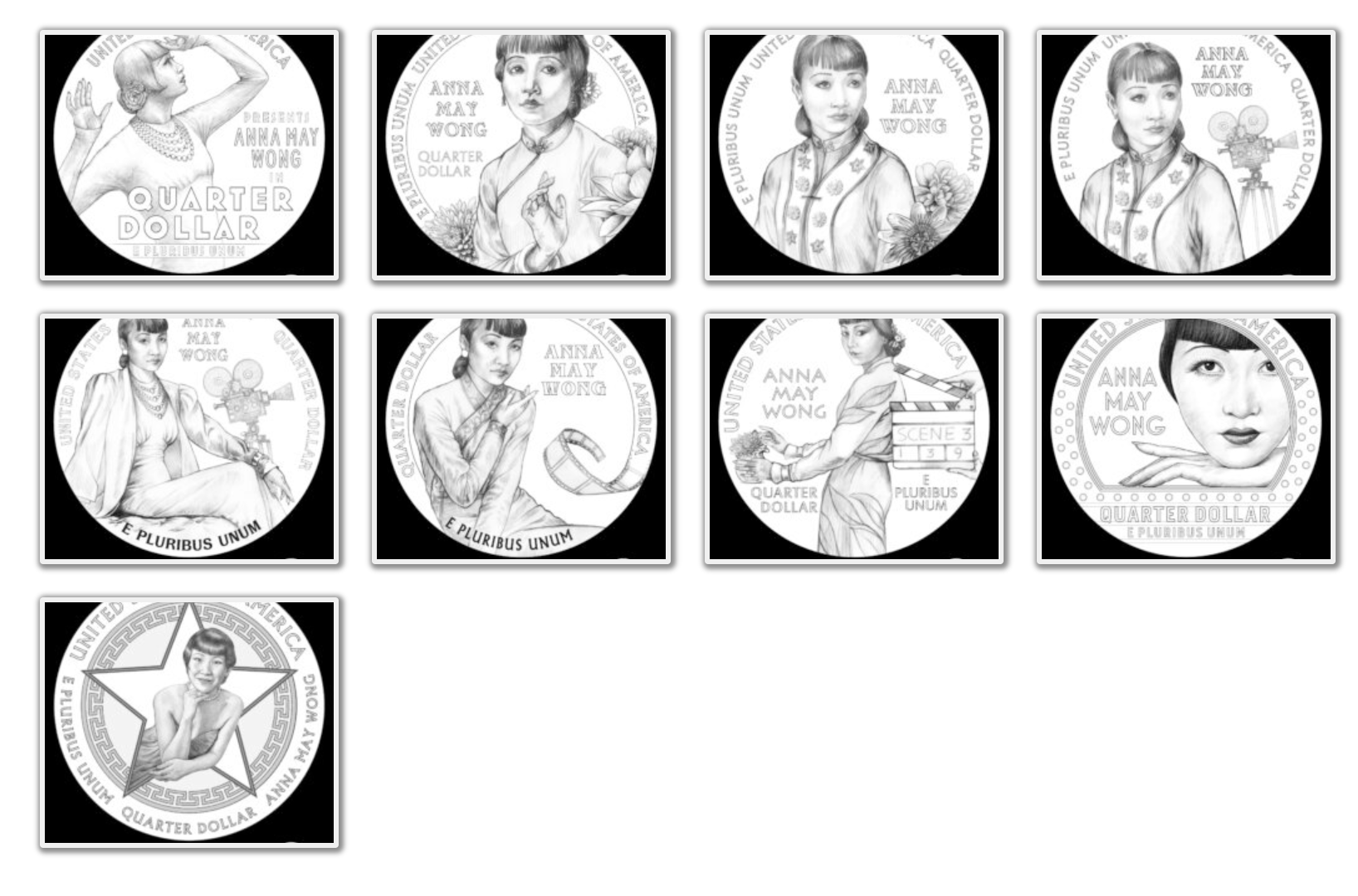 The Citizens Coinage Advisory Committee (CCAC) has released the candidate images for the three remaining 2022 American Women Quarter Program. The three designs honoring Wilma Mankiller, Anna May Wong, and Adelina Otero-Warren join the Dr. Sally Ride and Maya Angelou Quarters as the first five in the program set to launch next year. Mankiller, Wong, and Otero-Warren were all announced as the final three honorees earlier this month.

A bit of background on the three women for those who may not be familiar with them and their contributions.

The American Women Quarters Program will feature coins with reverse (tails) designs emblematic of the accomplishments and contributions of prominent American women. Contributions may come from a wide spectrum of fields including, but not limited to, suffrage, civil rights, abolition, government, humanities, science, space, and the arts. The women honored will come from ethnically, racially, and geographically diverse backgrounds. As required by the Public Law, no living person will be featured in the coin designs, and thus all the women honored must be deceased. The Mint will issue up to five coins with different reverse designs annually over the four-year period from 2022 through 2025.

The obverse (heads) of coins in the American Women Quarters Program will continue to feature a likeness of George Washington designed in a manner to distinguish it from the current image.

As stipulated by the Public Law, the Secretary of the Treasury selects the women to be honored following consultation with the Smithsonian Institution’s American Women’s History Initiative, the National Women’s History Museum, and the Congressional Bipartisan Women’s Caucus.