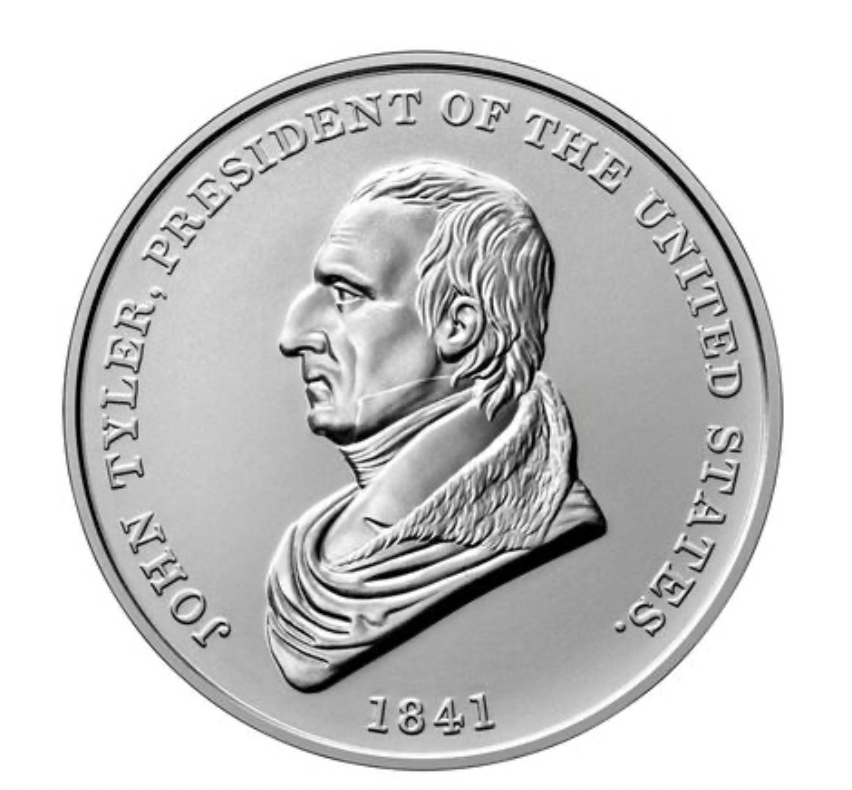 The John Tyler Presidential Silver Medal will be available from the United States Mint starting next week. Sales will begin at Noon Eastern, 9:00 AM Pacific on Monday, August 2, 2021. Sales will only be available directly from the United States Mint on its website. The latest and final Presidential Medal for 2021 is priced at $65.00 with no production, mintage, or household purchase limit in place.

Images of the latest medal were made available by the Mint last week.

John Tyler was the 10th U.S. President, serving from April 6, 1841, to March 3, 1845. He was the first Vice President to succeed to the Presidency after the death of his predecessor.

As has been the case with the Presidential Silver Medal series, the Obverse features a portrait of the honored President with the common Reverse that has been found throughout the series with the exception of the Harrison medal given his short time in office.

To get more information about the medal including composition and other details, head to the product page for the medal on the Mint’s site. Note that you can also sign up for Product Enrollment for the Presidential Silver Medal series which will assure you of receiving the medal shortly after it is released and with free economy shipping.