NGC has rolled out a big update to both their Android and iPhone apps today. The update brings access to the NGC Registry so you can update your personal registry of graded apps. The update to the apps for both platforms are live now in the Google Play Store and Apple App Store.

I’ve written about the NGC app in the past as a way to verify that a coin you are interested in buying is genuine and a genuine grading from the service. You can still do that after this update but you also can now access the NGC Registry, something that to this point you had to do online.

When you tap into the Registry portion of the app, you are essentially going to the site within the app (commonly called a web wrapper). That means navigation isn’t fully optimized for mobile use but it is good enough to get things done on-the-fly.

Further, if you have NGC graded coins and have registered them with the company, you can see your own collections within the app. To access this, go to Account>My Registry while in the Registry portion of the app.

Regardless if you are on Android or iOS (iPhone), the NGC app is free to download and to use. For Android, go here to the Google Play Store. For iPhone and iPad, go here to the Apple App Store. 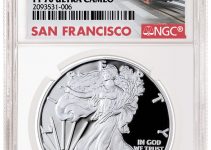 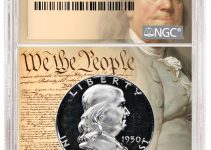