The United States Mint in conjunction with the Bureau of Engraving and Printing, has released a special set of coins and Emblem Prints as part of the 100th anniversary of the organization. The three sets consists of the previously released $5 Gold Coin, Silver Dollar, and Clad Half Dollar along with a 6×8 inch emblem print from the BEP.

Each of the sets cost an additional $8.95 over the coins themselves. Here is a breakdown of the prices. You will also find links to the sets in the table below for your convenience.

The American Legion was formed in 1919 as a patriotic organization for veterans. It is now one of the largest veterans service organizations in the country.

The good news for collectors is that all three of these sets are being sold without a household limit so you can buy as many as you want for your collection and gifts to others. At the time of this post, all three of these coin & emblem prints sets still showed as available on the Mint’s site. 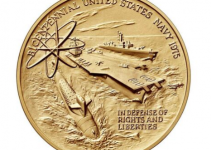 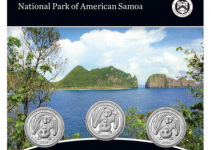