The Citizens Coinage Advisory Committee (CCAC) has released images for the 2020 Maryland American Innovation Dollar. The candidate images were released as a part of the committee’s scheduled meeting being held today in Washington, D.C.

The Maryland American Innovation Dollar is expected to be the third coin in the series released in 2020. In total, there will be four released: Connecticut, Massachusetts, Maryland, and South Carolina. You can learn more about the entire American Innovation series in this Coin History article.

Here are the candidates for the Maryland coin:

The designs of the Maryland coin reflect both the work done in the state on the Hubble Space Telescope as well as medial and human genome mapping done by scientist in and from Maryland.

At to which one of these designs will be the final one, that is an unknown. It is likely that won’t be decided until mid-2020 at the earliest in a future CCAC meeting.

The new American Innovation Dollar coin came about through legislation passed in 2018 and is set to run through the year 2032. In all, there will be 57 coins released in the program with the first one released on December 14, 2018. That coin, however, was an introductory coin fundamentally to show the coin off to the public and was never released for circulation. 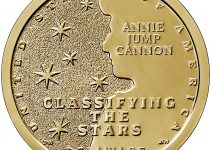 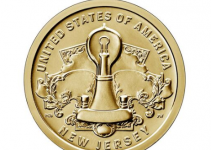