The Citizens Coinage Advisory Committee (CCAC) has released images of the candidates for the 2020 USS Indianapolis Congressional Gold Medal. The images, 22 in all, are the finalist for the medal. It will likely be early 2020 before the final Obverse and Reverse designs are selected.

The history of the Indianapolis is one of the more storied ones in naval history. In July 1945, it delivered the first nuclear bomb used in combat, Little Boy, to US forces in Tinian. Subsequently, on July 30, 1945, she was torpedoed by Japanese naval forces and sank. 300 men went down with the ship while another 890 suffered through exposure, dehydration, salt water poisoning and shark attacks. Only 316 of the crew survived. You can read more about the ship here on Wikipedia.

Here are the candidates for this upcoming Congressional Gold Medal:

As mentioned, it will likely be early to mid 2020 before the final design of the medal is decided upon by CCAC and the Treasury. It will only then go into production with a release later in 2020.

A Congressional Gold Medal is an award bestowed by the United States Congress. The congressional practice of issuing gold medals to occasionally honor recipients from the military began during the American Revolution. Later the practice extended to individuals in all walks of life and in the late 20th century also to groups. The Congressional Gold Medal and the Presidential Medal of Freedom are the highest civilian awards in the United States.[1] The congressional medal seeks to honor those, individually or as a group, “who have performed an achievement that has an impact on American history and culture that is likely to be recognized as a major achievement in the recipient’s field long after the achievement.”[2] However, “There are no permanent statutory provisions specifically relating to the creation of Congressional Gold Medals. When a Congressional Gold Medal has been deemed appropriate, Congress has, by legislative action, provided for the creation of a medal on an ad hoc basis.”[2] Thus, there are generally fewer gold medals than presidential medals. U.S. citizenship is not a requirement. 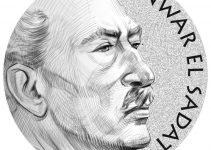