The fourth and final silver Presidential Medal is set to go on sale later this week. The medal honoring the United States sixth President, John Quincy Adams, will be available to collectors starting at Noon Eastern, 9:00 AM Pacific on Monday, November 18, 2019.

Adams was born into politics as the son of the second U.S. President John Adams and Abigail Adams. As a child, he watched the American Revolution unfold and accompanied his father on his diplomatic posts to Europe. He followed in his father’s footsteps by becoming a diplomat in Europe and, later, sixth President.

Like the previous silver Presidential Medals, this one has no production limit nor any household buying limits. That makes the 99.9% pure silver medals a great addition to any numismatic collection or a gift for collectors and non-collectors alike. The price for the medal will be the same $39.95 as others in the series have been priced.

The United States Mint has already prepared the product page for the Adams medal which you can find here. You can also sign up for the Remind Me function to get an email or text message when the medal goes on sale next Monday. 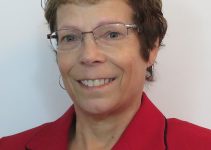