The United States Mint is gearing up for the New Jersey American Innovation Dollar to go on sale. 100-coin bags and 25-coin rolls will go on sale at Noon Eastern, 9:00 AM Pacific on November 21. There are no household buying limits on any of the products.

In all, there will be four different bags or rolls released on the 21st.

The New Jersey American Innovation Dollar commemorates the work of Thomas Edison and the invention of the lightbulb. It is clearly seen in the Reverse of the coin. The Obverse maintains the same Statue of Liberty that has been on all of the coins since their release.

The new American Innovation Dollar coin came about through legislation passed in 2018 and is set to run through the year 2032. In all, there will be 57 coins released in the program with the first one released on December 14, 2018. That coin, however, was an introductory coin fundamentally to show the coin off to the public and was never released for circulation. You can read more about the coin in this Coin History article. 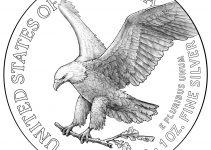