As reported last week, the Citizens Coinage Advisory Council (CCAC) is set to meet next Tuesday, January 21, 2020. That meeting is set to discuss designs for medals and a 24-karat gold coin commemorating the 75th anniversary of the end of World War II. In a rare step, CCAC has released candidate images for these medals and coin before the actual meeting.

Traditionally, CCAC does not release candidate images of medals or coins until after the meeting itself, making the release of the images below a rare event. It also suggests that the designs have long been in development by Mint artists.

The meeting will be held in the United States Mint Headquarters on the January 21, 2020. It will start at Noon Eastern. Full details about the meeting can be found in the Press Release from CCAC found below.

The Citizens Coinage Advisory Committee (CCAC) will hold a two-hour public meeting Tuesday, Jan. 21, to review and discuss candidate designs for gold coins and silver and bronze medals commemorating the 75th anniversary of the end of World War II.

The CCAC is tasked with advising the Secretary of the Treasury on themes and designs pertaining to all United States coins and medals.

Seating is limited with members of the public admitted on a first-come, first-serve basis. All persons entering the U.S. Mint’s headquarters must adhere to building security protocol, which includes consenting to the search of their persons and objects when they enter and leave.

Those who cannot attend may also dial in to listen by calling (866) 564-9287 and using Access Code: 62956028. No comments or questions will be taken during the meeting. Dial-in access is “listen only,” and phones must be kept on mute to not disturb the discussion.

In addition, anyone interested in submitting ideas for the CCAC’s consideration may email them to info@ccac.gov. 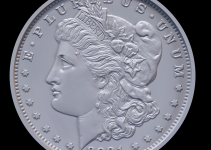 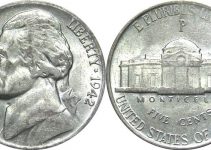