The United States Mint has released the official designs and images of the upcoming 2020 End of World War II 75th Anniversary Coin and Medal Program. The program consists of a 24-karat 1/2-ounce gold coin and one-ounce medal of 99% silver. Both will be going on sale directly from the Mint on November 9, 2020. In January, CCAC released candidate images for the coin and medal.

Both the gold coin and silver medal share a common Obverse and Reverse. The Obverse depicts an eagle in flight with an olive branch in its right talon. It was designed by artist Ronal Sanders, a member of the Mint Artistic Infusion Program (AIP) and sculpted by Phebe Hemphill.

The Reverse of the coin draws on the Obverse of the 1945 World War II Victory Medal with the sun element. The design of the Reverse was created by AIP artist Donna Weaver and sculpted by Renata Gordon.

The Mint has setup the product pages for both the gold coin and the silver medal but there is little detail on these pages at this time.

Throughout 2020, the United States Mint has announced several products or enhanced products to commemorate the 75th anniversary of the ending of World War II. This has included Privy marks on the Washington Quarter from West Point and a Privy marked American Eagle. 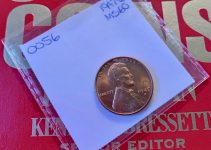