The following is a Press Release from Numismatic Guaranty Corporation, NGC, announcing an exclusive signature label for the upcoming Basketball Hall of Fame commemoratives. James P. Naismith, grandson of the inventor of the game, will have signature labels available through select retailers.

As the last member of his generation with the family name, James P. Naismith has proudly taken up the cause of basketball in recent years.

One of the most prolific sports innovators of all time, Dr. James Naismith invented the game of basketball in Springfield, Massachusetts in 1891. To celebrate the US Mint’s release of the highly anticipated 2020 Basketball Hall of Fame Commemorative Coins on April 4, Numismatic Guaranty Corporation® (NGC®) has signed an exclusive signature label deal with his last surviving grandson and namesake.

Dr. James Naismith was born in 1861 in Ontario, Canada. His parents, both originally from Scotland, tragically died when he was only 9 years old, and he was raised by his uncle. To support his family and needing direction, Naismith dropped out of high school, took jobs farming and lumbering and spent some spare time in the local watering holes.

The proverbial wake-up call came when a stranger approached him and asked if he was Margaret Young’s son. When Naismith responded yes, the man said that his mother would roll over in her grave if she saw him now.

Naismith finished his high school degree at the age of 20 and then moved to Montreal to attend McGill University, where he studied physical education. After earning his degree from McGill (as well as a diploma from Presbyterian Theological School), he was hired as a physical education teacher at the Springfield, Massachusetts YMCA School for Christian Workers (now Springfield College) in 1891.

The YMCA students were frequently gym-bound during the winter months, and Naismith was tasked with creating an indoor game that would keep the athletes in shape, not be too rough and not take up much room. So, he decided on a leather soccer ball for safety, passing to avoid physical contact and an unguardable goal that required players to throw a soft, lobbing shot to hit the mark — in this case, a peach basket. He tacked 13 rules to a bulletin board, and the first game of basketball was played that December.

Over the following year, basketball became increasingly popular, and by 1893, it was introduced internationally by the YMCA movement, a campaign to spread the idea of YMCA around the world. Naismith went on to join the University of Kansas in 1898 and became the school’s first basketball coach. He coached and taught there until his retirement at age 76.

In 1936, basketball became an Olympic sport. James P. Naismith, named after his grandfather, was born the same year.

Going by Jim, the last Naismith of his generation lives in Corpus Christi, Texas, but the Toronto Raptors are one of his favorite NBA teams. He is proud of his family’s Canadian and Scottish roots. Indeed, he likes to remind fans that in addition to being a great American game, basketball is also a Canadian game and one with origins in Scotland. In honor of this heritage, Jim is donating his proceeds from the sale of his hand-signed NGC labels to the Canadian museum dedicated to Dr. James Naismith, located at the Mill of Kintail Conservation Area in Mississippi Mills, Ontario.

At 76, the same age that his grandfather retired, Jim became the face and voice of the Naismith name. From talking to people over the years, Jim knows that the true legacy of Dr. James Naismith and basketball is more than point records and playoffs. It is directing young people toward a better future by way of a game that is infinitely more than the sum of its 13 fundamental rules, and that’s what his grandfather would have wanted.

“For my grandfather, it wasn’t about money or fame. As a physical education instructor, his goal was to bring out the best in his students,” explained Jim Naismith. “I’m very proud to be in a position to share the story of basketball, and these coins are another way to do it. Likewise, I am thrilled to sign NGC certification labels to give fans a personal connection to the coins commemorating the game.”

Mark Salzberg, NGC Chairman and Grading Finalizer, had this to say: “The story of basketball is an important one — it’s inspirational, not just for fans but for everyone. We all must solve problems and overcome obstacles in life. James P. Naismith’s signature offers fans and collectors a tangible link to basketball history. NGC is honored to make that connection possible.” 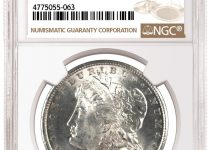 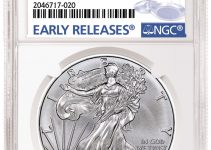 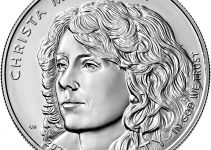