The Citizens Coinage Advisory Committee (CCAC) has released images of the design candidates for the upcoming George H.W. Bush Presidential Dollar. Like previous coins in the series, the Obverse (heads) will feature the likeness of the President, in this case of the 41st President, while the Reverse (tails) will be the common one featuring the Statue of Liberty.

The meeting to discuss and introduce the designs of the Bush Presidential Dollar was held virtually on April 14th and a total of 11 designs were approved as candidates.

At the end of January 2020, President Trump signed a law permitting the United States Mint to make the Bush Presidential Dollar and First Lady gold coins. That law requires that the coin bearing the likeness of the 43rd President of the United States be released this year. It is likely that we will not see this new dollar until the end of the year, especially in light of restrictions on the Mint caused by the COVID-19 pandemic.

The Mint will now be obligated to produce an Uncirculated and Proof specimen of the Presidential Dollar and Uncirculated 1/2 ounce gold First Spouse coin for Barbara Bush. The First Spouse coin will be produced at the West Point facility while the George H. W. Bush Presidential Dollar will be minted at Denver, Philadelphia, and San Francisco (for Proofs) Mints. It is also possible that we will see a Reverse Proof of the coin as one was produced for the last handful of coins produced in 2015 and 2016.

The original Presidential Coin Act of 2005 requires that a President must be deceased two years before a coin can be produced with their image. Both President Bush and First Lady Bush died in 2018. However, the last coin authorized under the original 2005 Act was for President Ronald Reagan. Subsequent coins will have to have an Act passed by Congress in order to be approved. That means that Coins for President Jimmy Carter, Bill Clinton, George W. Bush, and Barack Obama will all require an Act similar to this one for “Bush Sr.” 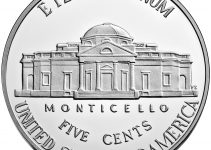 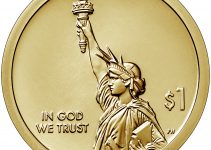