The American Numismatic Society has announced on their blog the launch of a new site, CoinHoards. The site is a research tool for ancient Greek numismatics and ancient economies. It provides primary data and other information on 2,387 hoards of coins produced by Greeks and other non-Roman peoples between circa 650 and 30 BCE.

The American Numismatic Society is pleased to announce the launch of CoinHoards, a new web-based, linked open data tool for research in ancient Greek numismatics and ancient economies.

Coin Hoards is a component of the National Endowment for the Humanities-funded Hellenistic Royal Coinages project developed by the American Numismatic Society (ANS). An innovative research resource, CoinHoards provides primary data and other information on 2,387 hoards of coins produced by Greeks and other non-Roman peoples in the Mediterranean and adjacent regions between ca. 650 and 30 BCE. In addition to a basic description, users will find on the page devoted to each hoard mapping tools for the findspot and mint(s) where the coins found in the hoard were produced, bibliographical references, and a list of the hoard contents. These tools will allow users to compare and contrast circulation patterns of coinage in various parts of the Mediterranean world over time. Where possible, each type of coin listed is linked to a typological description, such as those found on PELLA, Seleucid Coins Online, and Ptolemaic Coins Online. Additional links are provided where possible to relevant resources associated with the hoard, which might include the MANTIS record of individual coins from the hoard held in the ANS collection, ANS publications, the notebooks of Edward T. Newell, and associated correspondence, notes, and archival material.

The current version of CoinHoards is based on the print publication Inventory of Greek Coin Hoards, edited by Margaret Thompson, Otto Mørkholm, and Colin Kraay, published in 1973 by the ANS for the International Numismatic Commission. Future versions of CoinHoards will incorporate material from the print publications Coin Hoards, vols. 1–10, published by the Royal Numismatic Society, and more recently by both the Royal Numismatic Society and the ANS.

The launch of CoinHoards is a remarkable step forward in our ability to trace circulation patterns of ancient coinage and thereby gain greater insight into patterns of trade and other types of economic interaction. This new website allows users to conduct in-depth research on scores of related hoards and their contents in just a few minutes, saving hours or even days of research time.

For more information on the technical side of how CoinHoards was assembled, see the ANS’s Director of Data Science Ethan Gruber’s Numishare blog. 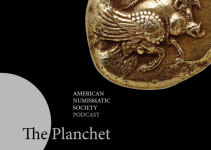