The following announcement comes from the American Numismatic Society (ANS). It shares that the Online Coins of the Roman Empire, or OCRE), is being updated to reflect the latest edition of the Roman Imperial Coinage corpus. The update brings new information about coin finds, corrections of old errors, and more details around dating.

Roman Imperial Coinage (RIC) is the definitive corpus of coins issued under the Roman Empire. This 10-volume typology spans 460 years of Roman minting (from 31 BCE–491 CE), and its publication was itself a monumental undertaking. Begun in 1923 with a volume covering Augustus to Vitellius, the corpus was completed in 1994, ending with the emperor Zeno.

But numismatic knowledge is never crystallized. Spink releases updated volumes as necessary to reflect current research and progression in the field. In 2019, Spink released their latest addition to the RIC corpus. This updated version of RIC covers the Hadrian section of Volume II. It includes new finds, corrects old errors, and provides more detailed dating.

In response, the American Numismatic Society is updating its Online Coins of the Roman Empire (OCRE) digital corpus to reflect the new edition. This searchable database provides access to the valuable typologies published by Spink, and assembles type examples from the ANS collection, the Münzkabinett of the State Museum of Berlin, and the British Museum. The OCRE project began in 2011 and was assisted by a major grant from the National Endowment for the Humanities. The platform acts as an accessible catalog and a search tool for scholars and collectors alike.

In addition to this digital initiative, the ANS is incorporating the updated numbering system into its own collections database. Each of the ANS’ 1,600 Hadrianic coins will be renumbered according to the new volume. The original volume’s classification system grouped similar coins together under a single number, making extensive use of subtypes (Hadrian 101a–c, for example, are identical except for slight obverse bust variations). The 2019 update moves away from subtypes and assigns each variation its own unique number. In addition, the new volume distinguishes obverse bust types with more granularity and assigns separate numbers for each bust variation. The ANS is editing its database, Mantis, to reflect this simplification of the typology.

To realize this important update, the ANS has hired a temporary assistant to incorporate the volume into OCRE and renumber their Hadrian collection. If you are an OCRE user, patron of numismatics, or passionate about digital accessibility, please consider donating to our GoFundMe page in support of this initiative. 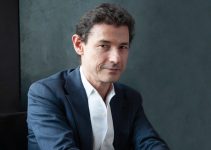