The American Numismatic Association (ANA) has launched an all new podcast for collectors. Two Bits, hosted by Doug Mudd and Mitch Sanders, is aimed to cover a wide range of topics in the Numismatic world and is available to both ANA and non-ANA members alike.

The first episode of Two Bits was released on June 2nd and it covers collecting as many collectors have been and continue to be in various levels of Shelter in Place globally.

In the inaugural episode of Two Bits, hosts Doug Mudd and Mitch Sanders discuss collecting during the isolation of the COVID 19 crisis. They explore the virtues of virtual meetings, online museum exhibits, and numisma-tourism, along with other online resources and research tools. Find out how to get your numismatic fix, despite staying at home!

You can listen to the podcast directly on the ANA’s site following this link. In researching for this article, I did find the podcast available on Pocketcast but was unable to find it in Apple Podcasts or Google Podcasts. It could be that the ANA has not published it to those sources yet. 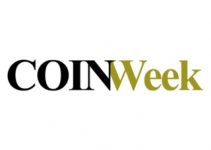