Today’s Mail Bag question askes an important question: Why don’t we see Kennedy Half Dollar in circulation? The question came in last week from Zoe and while the answer is a simple one, the progress of how we got to that answer is a little more interesting.

I am new to collecting and I really like the Kennedy half dollar. But they are hard to find and I found out that they are not put into circulation any more. Why? All I can find on it is that there was a lack of demand for them. Is that true?

The short answer to your question Zoe is yes, we no longer see the Kennedy Half in circulation because of the lack of demand for the coin. But how we got to that point is a bit more interesting.

As background for those new to collecting, the Kennedy Half Dollar has been in production since 1964 and throughout much of its history, mintage numbers have been steady from both the Denver and Philadelphia mints. But that began to change in the late 1980s. To that point, many transportation services (think subways and trains) used the half dollar as its main choice for vending machines. This was also true of casinos, particularly in Las Vegas. There, slot machines would accept the coin. But that began to change in the 80s as tokens began being more by casinos and transportation systems. This lack of usage, but continued production by the Mint, resulted in a stockpile of the coins.

With a stockpile of nearly two years worth of Kennedy’s, in 1987 the United States Mint did not produce any of the coin in either of the Mint facilities for circulation. 1987 coins were made for Mint Sets and other Numismatic products. Production for circulation began again in 1988 but the number of the coins being produced continued to drop as demand continue to wane. By 2002, demand was virtually non-existent so the Mint decided starting that year that any Kennedy Half Dollars produced would be made for rolls and bags as well as for other Numismatic products to be purchased from the Mint. Thus, the coin disappeared from circulation.

Hope this answers your question Zoe and thanks for taking the time write in.

For those of you who have coin collecting related questions, use the form on the About page to send it to me to potentially appear here in the Mail Bag. 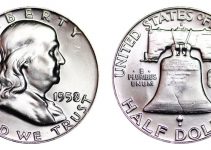