Last week, I wrote about H.R. 6923, a bill currently in the House of Representatives that calls for commemorative coins to be made to honor the essential worker of the COVID-19 pandemic. At the time of that writing, outside of the working title, little was defined as to what the plan was for the coins the bill called to be made by the Mint. Over the weekend, 6923 was more clearly defined with coin types and other key details.

In all, there will be three coins produced by the Mint to honor the essential worker, compelled by the Secretary of the Treasury under this bill. The coins are as follows:

As for the surcharges that these coins will have, they are also defined in the bill.

All surcharges received by the Secretary from the sale of coins issued under this Act shall be promptly paid by the Secretary to the CDC Foundation to support the health care response to infectious diseases and pandemics.

Finally, the bill also has a new co-sponsor. Joe Neguse (D-CO), making it sponsored by both major parties in the House. If you want to read the full text of the bill, you can do so by following this link.

The bill was introduced on May 19, 2020 and on the same day referred to the House Committee on Financial Services. This is a common practice to determine the financial impact of producing the coin. Given the other activities going on in the country, it is not likely there will be any action on 6923 for some time. Typically for a commemorative coin, it takes 1-2 years before it is passed into law – if it happens at all. With a clearly defined date for the coin, 2022, now set, it is possible that we will see action sooner rather than later on the bill. 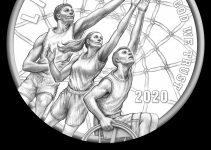 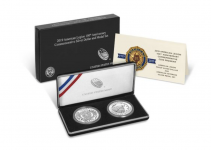 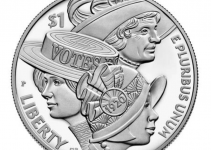