The United States House of Representatives last week passed H.R. 4104, titled Negro Leagues Baseball Centennial Commemorative Coin Act. The bill authorizes the Department of Treasury to create a wide range of commemorative coins to celebrate the centennial of the founding of the Negro Leagues of Baseball.

H.R. 4104 was introduced on July 30, 2019 by Emmanuel Cleaver (D-MO) but it was not until September 22, 2020 that the bill passed the House. It was then sent to the United States Senate the following day where it now sits. Protocol would dictate that the bill is introduced in the Senate, read twice, then likely will go to committee. You can read the full text of the bill here.

The bill calls for the minting of 50,000 $5 gold coins, 400,000 $1 silver coins, and 750,000 Half Dollar clad commemorative coins. The designs “shall be emblematic of the Negro Leagues Baseball Museum and its mission to promote tolerance, diversity, and inclusion.” All surcharges from the sales of these coins will be paid to the Negro Leagues Baseball Museum to fun educational and outreach programs as well as exhibits.

The Negro Leagues of baseball was founded in 1920 in response to players of color not being allowed to play in the Major Leagues of Baseball. The league produced some of the greatest baseball players in history including Satchel Paige, Roy Campanella, Don Newcombe, and of course Jackie Robinson. Robinson became the first player of color in 1947 to play in the Major Leagues. The Negro Leagues continued until 1960 which, by that point, MLB had nearly fully integrated.

With the centennial of the leagues this year, it is unclear if the bill will pass. Should it pass, the coin would have to be released in 2021 which isn’t an issue but equally, wouldn’t match the year of the 100th Anniversary. 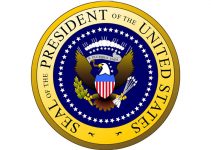