The Silver Proof Coin and Silver Medal Set will be priced at $150. This set contains a Silver £2 coin from the Royal Mint and a 99.99% silver medal from the United States Mint. There is a product production limit of just 9,200 sets and there will be a one set per household limit.

The Mayflower 400th Anniversary Gold Reverse Proof Coin will feature a 1/4-ounce gold Proof coin from the United States States Mint. The coin will be priced at $715 with a mintage of 5,000 coins. There will also be a one per household limit.

Finally, there is the Mayflower 400th Anniversary Silver Reverse Proof Medal. This medal will be priced at $76.00 when sales start on November 17th. it is a 99.99% 1-ounce silver medal. There is a production limit of 20,000 medals and there will be a limit of one medal per household.

With these coins and medals being the first collaboration between the US Mint and the Royal Mint of England, sales of the products are expected to be strong with quick sell outs likely. Readers who want to pick up any of these are encouraged to be on the Mint’s site at Noon Eastern to make your purchase. Hopefully the Mint’s site will be able to handle the rush this time. 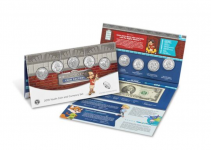 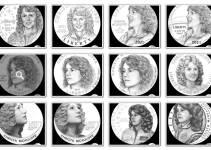