The following is a Press Release from Numismatic Guaranty Corporation (NGC) announcing the 2020 NGC Registry Awards. The Registry Awards are to honor collectors and allow them to display their certified coins and compete for prices. This year’s top price is a $500 NGC credit along with special recognition in the NGC Registry itself.

Numismatic Guaranty Corporation® (NGC®) is excited for the 2020 NGC Registry Awards, and we hope you are too!

The NGC Registry is a free online platform where collectors register and display their certified coins and compete against other collectors around the world for recognition and prizes. This popular resource now boasts nearly 17,000 users, 150,000 registered sets and 1.2 million registered coins. 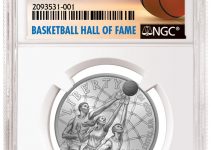