President Donald Trump has signed H.R. 4104, the Negro Leagues Baseball Centennial Commemorative Coin Act, into law. President Trump signed the bill on December 4, 2020, formally assuring that the commemorative coin will be produced in 2022. The bill passed unanimously on November 16,2020 in the Senate and was sent to the President the following day. The bill was introduced in July 2019 in the House of Representatives but did not pass the House until September 2020.

H.R. 4104 calls for the minting of 50,000 $5 gold coins, 400,000 $1 silver coins, and 750,000 Half Dollar clad commemorative coins. The designs “shall be emblematic of the Negro Leagues Baseball Museum and its mission to promote tolerance, diversity, and inclusion.” All surcharges from the sales of these coins will be paid to the Negro Leagues Baseball Museum to fun educational and outreach programs as well as exhibits.

The Negro Leagues of baseball was founded in 1920 in response to players of color not being allowed to play in the Major Leagues of Baseball. The league produced some of the greatest baseball players in history including Satchel Paige, Roy Campanella, Don Newcombe, and of course Jackie Robinson. Robinson became the first player of color in 1947 to play in the Major Leagues. The Negro Leagues continued until 1960 which, by that point, MLB had nearly fully integrated. Earlier this month, the leagues were recognized as a Major League of baseball, meaning all of the stats and records of the Negro Leagues will now be part of Major League Baseball’s stats and records. Previously, they were separate.

Designs for the coins will be submitted to the Commission of Fine Arts then to the Citizens Coinage Advisory Committee (CCAC) for approval. Those design likely will be submitted by mid-2021 with a final design approved late next year. While the Act calls for the coin to be emblematic of the Negro Leagues, it still gives the Mint latitude on some aspects. For example, the coin could be colorized or could be “3D” in its making, much like the Basketball Hall of Fame commemoratives this year. 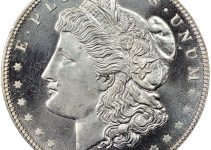 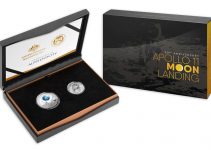