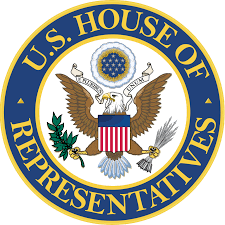 H.R.1057 – National World War II Memorial Commemorative Coin Act, has been introduced to the House of Representatives for consideration. This latest coin and numismatic related legislation calls for the production of commemorative coins to honor the national World War II memorial that is located in Washington, D.C. The memorial is located on the East end of the Reflecting Pool on the National Mall and was dedicated in May 2004.

The bill was introduced by Representative Marcy Kaptur (D-OH) on February 15, 2021 into the 117th Congress. After being introduced, it was passed to the House Financial Services committee for further actions. The text of H.R. 1057 can be found here. The bill calls for the designs of the coins to be “shall be emblematic of the National World War II Memorial and the service and sacrifice of American soldiers and civilians during World War II.”. It also calls out that the coin would not be produced until 2023.

The bill requires the following coins to be produced:

As is normally the case, the bill calls for a surcharge to be added to the price of the coins. As is normally the case, a surcharge will be applied to these coins. In this bill, it is called out that those surcharges will be paid by the Secretary to the Friends of the National World War II Memorial to support the National Park Service in maintaining and repairing the National World War II Memorial, and for educational and commemorative programs.

The bill has now been referred to the Referred to the House Committee on Financial Services, a common practice for many bills, certainly those that are numismatic related, to go through before further action by the House. As with any legislation, it is unclear if this bill will ever actually become law.

Realistically there will be little to no action on this bill for several months given the focus of Congress on other legislation and activities.