The following is a Press Release from Numismatic Guaranty Corporation (NGC) announcing that special labels and designations will be available for the upcoming 2021 Morgan and Peace Dollar anniversary coins. The first of these coins, the CC and O privy marked Morgan anniversary coins will go on sale next week.

With the US Mint’s release of new Morgan and Peace Dollars in 2021, collectors have the opportunity to fall in love with the popular series all over again. Numismatic Guaranty Corporation® (NGC®) is offering special label and designation options to celebrate the return of these iconic silver dollars, which are available for preorder on May 24, June 1 and June 7, with two coins being released on each date. The coins are expected to ship in October.

The different versions of the 2021 Morgan Dollar commemorate the mints that produced the original coins. One has no mintmark to recognize the historic Philadelphia Mint’s absence of a mintmark; one features the “S” mintmark of the San Francisco Mint, while another features the “D” mintmark of the Denver Mint; and for the former mints in New Orleans and Carson City, two of the 2021 Morgan Dollars feature privy marks. The privy marks are raised ovals with the original “O” or “CC” mintmark.

Like its 1921 counterpart, the 2021 Peace Dollar has no mintmark and is being produced by the Philadelphia Mint. Its dazzling high relief appearance is in honor of the original coin, which was struck in high relief.

The 100th anniversary of the transition from the Morgan Dollar to the Peace Dollar in 1921 is an important event in numismatics, as these are among the most prominent and beloved American coin series. Called the “King of 19th Century Coins,” the Morgan Dollar was minted from 1878 to 1904 and again, unexpectedly, in 1921. The Peace Dollar, minted from 1921 to 1935, symbolizes the country’s modernization in the 20th century in addition to commemorating the peace achieved after World War I.

“For many people, myself included, either the Morgan Dollar or Peace Dollar helped to inspire the pursuit of coin collecting,” commented Mark Salzberg, NGC Chairman and Grading Finalizer. “The US Mint’s decision to release 2021 Morgan and Peace Dollars is a boon to numismatics and to collectors everywhere who love these coins.”

Submitters may also select the popular NGC Early Releases or First Releases designations and labels for the 2021 Morgan and Peace Dollars if they are received by NGC within the first 30 days of release. For cutoff dates, click here.

The 2021 Morgan and Peace Dollars will only be available in limited mintages: 175,000 for each version of the Morgan Dollar and 200,000 for the Peace Dollar.

The following designations are available for these coins:

The following labels are available for these coins: 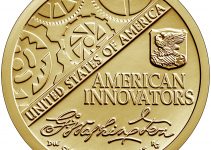