Numismatic Guaranty Corporation (NGC) has announced that it will be attending and accepting submissions for grading at the upcoming Summer FUN Convention. The summer Florida United Numismatists (FUN) convention will be held July 8-10 at the Orange County Convention Center in Orlando, Florida. NGC will be accepting submissions throughout Noon Eastern on Saturday, July 10th but note that if they hit their total submissions prior, they can shut down accepting coins earlier. If you are attending Summer FUN and want to submit coins, it is best to do it earlier in the event.

NGC will be accepting regular submissions for all service levels* at the 2021 Summer FUN Show, in Orlando, Florida, from Thursday, July 8 through 12:00 p.m. on Saturday, July 10, 2021. Cut-off time may change due to submission volumes. Check with NGC staff at our booth for the submission cut-off time.

All submissions will be sent to NGC headquarters in Sarasota, Florida for authentication, grading and encapsulation. Services include ancient, US and world coin grading, PreScreen Bulk submissions, imaging and more.

Special Note: Due to the special handling required, NGC does not accept submissions of the following coins and notes at this show: coins and notes for First/Early Releases designations, coins over 3.5″ (90 mm) in diameter* and .39″ (10 mm) in depth and coins that NGC requires be submitted in original Mint sealed packing, including:

These submissions must be sent directly to NGC headquarters in Sarasota, Florida, by the submitter.

*Up to and including 5-ounce coins. Coins larger than 5 ounces are not accepted.

Visit our booth for answers to any questions about the services offered by NGC. Please remember that NGC does not provide opinions or free evaluations of coins at trade shows.

NGC is the official grading services of the ANA, PNG and many other coin collecting organizations. Learn more at NGCcoin.com/affiliates. 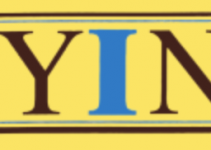 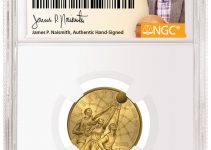