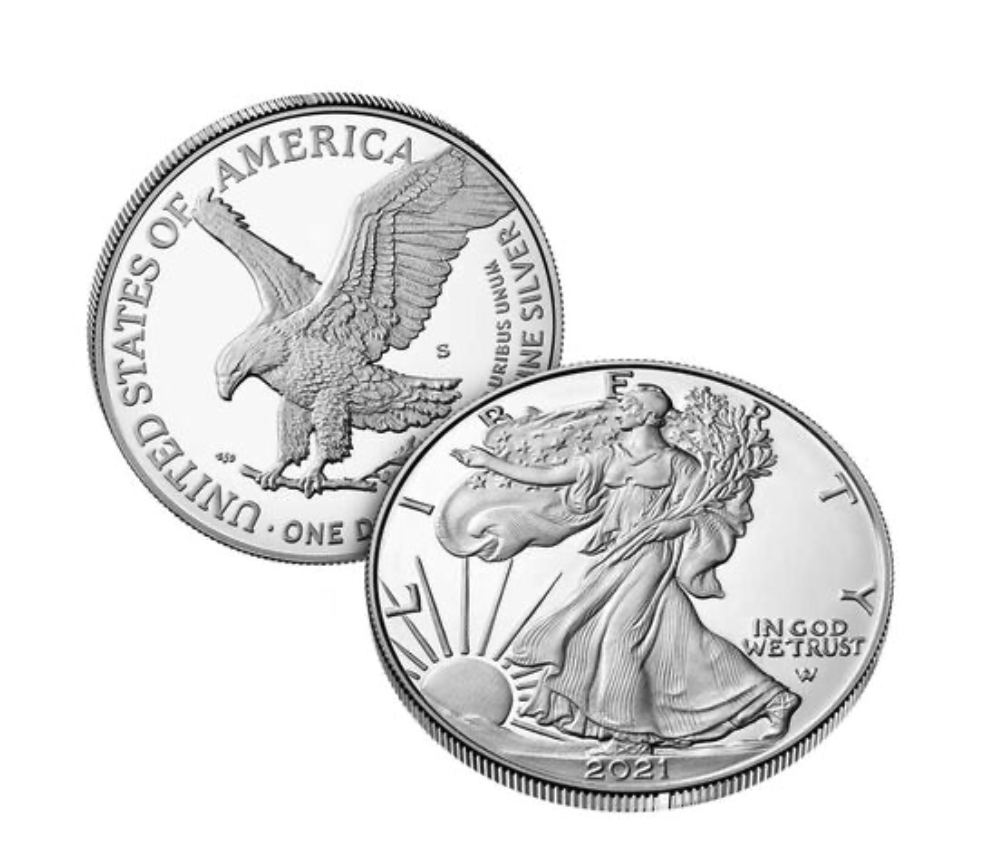 The United States Mint will begin sales of the 2021-S American Eagle Type-2 Silver Proof starting next week. It represents the penultimate proof product to be offered by the Mint for the American Eagle this year with only the 2-Coin Reverse Proof set remaining. There will also be an uncirculated version later this year. Sales will begin on August 12th at Noon Eastern, 9:00 AM Pacific.

The 2021-S American Eagle Type-2 Silver Proof is priced at $73.00 and there is a production limit of just 200,000. The Mint has also established 2 coins per household limit. If you are enrolled in the American Eagle Enrollment Program, your subscription to that program was rolled over from the Type-1 releases earlier this year. Check your email for an email from the Mint to confirm shipping & payment information.

The new Type-2 Silver Reverse designs are a significant departure from the Type-1 designs on the American Eagle. Note that the Obverse (Heads) of both the silver and gold coins will remain.

As has been the case with the all of the new Type-2 American Eagles, sales of the 2021-S American Eagle Silver Proof are expected to intense with a sellout of available coins likely to happen within minutes.