The American Numismatic Association (ANA) has announced that the 2021 National Money Show will be held March 11-13, 2021 in Phoenix, Arizona. The show will take place at the Phoenix Convention Center.

In addition, the ANA has announced that Kagin’s will be the official auctioneer for the 2021 show, continuing a partnership that has gone on since 2016. More details about the 2021 show will come in time but for those readers who like to attend, you can start penciling in the dates on your calendars.

As a reminder, the 2020 show will take place February 27-29 in Atlanta, Georgia at the Cobb Galleria Centre. For those of you who are ANA members, admission to the show is free. For others, it is $8

Here is the full Press Release from the ANA

The American Numismatic Association’s (ANA) Board of Governors selected Phoenix, Ariz. as the host city for the 2021 National Money Show®. The event is scheduled for March 11-13, 2021 at the Phoenix Convention Center.

The Association also is pleased to announce that Kagin’s, Inc. will serve as the Official Auctioneer for the 2021 National Money Show. “The ANA has partnered with Kagin’s on the National Money Show since 2016 and we’re delighted to be working with them again in Phoenix,” said Kimberly Kiick, ANA executive director. “Their participation is sure to make the Phoenix National Money Show a premier numismatic event.”

Atlanta, Ga. is the site for the 2020 Show, which is slated for Feb. 27-29 at the Cobb Galleria Centre. To consign items with Kagin’s for the Atlanta National Money Show, collectors can contact a consignment specialist by calling 1-888-852-4467 or email Don@Kagins.com.

The National Money Show offers hobbyists access to hundreds of dealers offering extensive numismatic inventory at all price levels, a live auction, exhibits of rare and historical treasures, and educational programming for both beginning and seasoned collectors. The show is hosted by the nonprofit American Numismatic Association, which is dedicated to encouraging the study and collection of coins and related items. The ANA helps its 25,000 members and the collecting public discover and explore the world of money through an array of instructional and outreach programs. 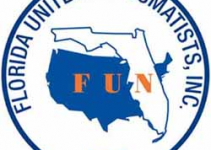 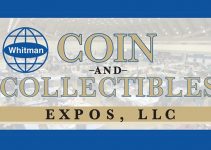