Overall, the new set that contains a 2019 Native American dollar coin and a 2017 dollar bill sold 24,816 units this past week, it’s first week of availability. Roughly that means that 50% of the total available – 50,000 – have been sold. It is another strong showing for a Mint special product.

Strip out this new set and we see a familiar face filling in the second top seller position in the report. The 2019 Proof set added another 4,528 units to its sales total, which now tops 375,000 (375,098) since its release. In third was the 2019 Apollo 11 Silver Proof, adding another 3,479 units for the week in the afterglow of the 50th anniversary of the Apollo 11 moon landing. 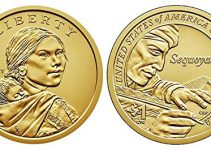