The United States Mint has released their weekly sales report for the 7-day period ending September 17, 2019. As expected, the recently released American Eagle Palladium bullion coin dominated the sales charts in its first week of availability. In total, 16,690 of the coins were sold. That’s 56% of the 30,000 that will be minted. The American Eagle Palladium coin has been a popular option for collectors and investors in the three years the Mint has been producing them. This year, the coin is being made in a Reverse Proof finish for the first time.

Coming in second in this week’s report was another new release by the Mint. The 3-coin America The Beautiful San Antonio Missions set saw strong sales of 11,458 units in its first week of availability. This set contains the latest ATB quarters from both the Denver and Philadelphia Mints in uncirculated state while the San Francisco sample is in Proof finish. In third in total sales this week was a 2018 ATB set, the Pictured Rock 2-roll set. Another 4,576 of them were purchased this week, more than doubling its total sales.

Here is the complete breakdown of the Top 10 sellers for the United States Mint for the week ending September 17, 2019. 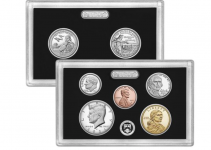 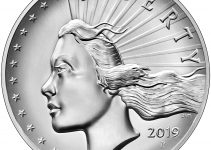