The United States Mint has released its weekly sales report for the seven day period ending Sunday, November 29, 2020. The report shows that the two new products the Mint released last week made it into the top ten in terms of sales with one of them being the top seller for the week.

That top seller was the 2020 American Innovation $1 Reverse Proof coin released for Massachusetts. The report indicates 26,897 of the coins were sold, just over half of the 50,000 the Mint is scheduled to produce. It also put it within 10,000 in units sold behind the previous Reverse Proof released for Connecticut. That coin, interestingly, was also in the top ten sales list in tenth.

The 2020 Proof Set continued its strong sales this year with another 14,093 set sold last week. That puts its total sales for the year at 450,687. Meanwhile, the 2020 Silver Proof Set also continued to sell well this week. 4,891 sets were sold, putting its total for the year at 309,812 and making it the fourth best seller for the year.

The other new product the Mint released last week, the Marsh-Billings-Rockefeller ATB Quarter 5-Ounce coin, settled into the third top seller for the week. 11,594 of the bullion coins were sold in the week and continues the demand on the Mint for bullion products by collectors and investors.

The 2020 American Innovation Dollar Proof Set rounded out the top five selling products for the Mint last week. An additional 2,661 were sold, putting its total for the year at 66,231.

Here then is the top ten sales list for the week ending November 29, 2020. 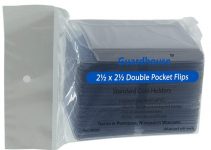