The United States Mint will begin sales of the George H.W. Bush Presidential Dollar later today. Sales will begin at Noon Eastern, 9:00 AM Pacific on the Mint’s site. Links and pricing to all of the products can be found below.

A total of six products in the form of rolls, bags, and boxes will be available to the public. All of the products have a mintage limit given that the Presidential Dollars are not a generally circulating coin although they are legal tender. However, there will be no household limits on the products that can be purchased.

The first coin in the series since 2016, the Bush Presidential Dollar depicts the 41st President who served from 1989-1993. The law authorizing the new dollar coin – and the First Spouse gold coin for Barbara Bush – was signed into law in February of this year.

Here are the products that will be available on December 4 starting at Noon Eastern. For each product, the mintage limit is indicated parenthetically.

As is the case with other rolls, bags, and boxes, each one will be wrapped in special paper (rolls) or have special tags (bags & boxes) to indicate the Mint they are from for collectors. For those not familiar, the 250-coin boxes will come in the form of 10, 25-coin rolls in the box.

The original Presidential Coin Act of 2005 requires that a President must be deceased two years before a coin can be produced with their image. Both President Bush and First Lady Bush died in 2018. However, the last coin authorized under the original 2005 Act was for President Ronald Reagan. Subsequent coins will have to have an Act passed by Congress in order to be approved. That means that Coins for President Jimmy Carter, Bill Clinton, George W. Bush, Barack Obama, and Donald Trump will all require an Act similar to this one for “Bush Sr.”. 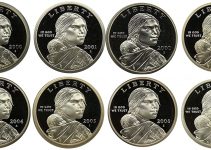 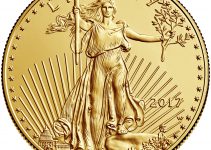