The final product to be released by the United States Mint for 2020 will go on sale later today. The Maryland American Innovation Reverse Proof Dollar coin will go on sale at Noon Eastern, 9:00 AM Pacific. The coin is available exclusively on the Mint’s site and is priced at $11.50. Production of this Reverse Proof coin is limited to 50,000 and a limit of 5 coins per household will be enforced.

For those who are in the American Innovation Dollar Enrollment Program, you should have received notification via email this morning that your order has been confirmed. As a reminder to those not in the program, sign up is free and can be cancelled at any time. Not only does the program assure you will get the enrollment coin(s) but you also get free standard shipping.

Like other coins in the American Innovation Dollar series, the Maryland coin carries the common Obverse (heads) of the Statue of Liberty while the Reverse will depict the Hubble Space Telescope in honor of the state’s contribution to space exploration.

The Reverse Proof is the final product set to be released for the Maryland American Innovation Dollar. Rolls and Bags for the coin went on sale earlier this month. Historically through the two years of the American Innovation Dollar program, the Reverse Proof coins have sold well for the Mint because of their individually unique Reverse’s as well as the finish of the coins themselves. 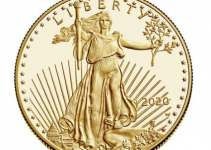