The United States Mint has updated its daily bullion sales report through to today, May 31, 2021. The bullion sales report reflects bullion coins that the Mint sold to Authorized Purchasers for the previous week and is different than the weekly numismatic product report. Overall, the report shows that the Mint sold a scant 28,600 bullion coins through to May 31, 2021.

For the second consecutive week, the Mint showed no sales of the silver American Eagle bullion coin. While no official reason for this has been provided, it is all-but certain the Mint is now preparing or have already begun producing the Type-2 Reverse coins for sales later in the month. Many only bullion dealers will have the coin available in early July, meaning sales orders will happen for these Authorized Purchasers at some point in June.

Turning to the gold American Buffalo one-ounce bullion coin, another 13,000 were sold to Purchasers in the last week. That puts its total sales to 166,000.

Overall, the United States Mint has sold 14.011 million bullion coins in 2021. This is slightly behind the pace of 2020 but that is expected to change with the release of the Type-2 American Eagles. Remember that the American Buffalo remains unchanged this year. 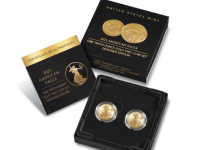 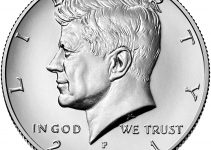