Priced at $229.00, the 5-ounce coin will come in black storage box along with the Mint’s Certificate of Authenticity. There is a production limit of 13,750 but there is not a household limit on the number that can be purchased on December 7th.

The 5-ounce version of the Tallgrass Prairie National Preserve America the Beautiful coin is identical to the Quarter that was released earlier this year with the exception of its edge. The Quarter has a reeded edge, seen below, while the 5-ounce bullion coin has a smooth edge.

The five ounce bullion coins have been largely successful for the United States Mint in terms of sales. This has been particularly true in 2020 with demand for bullion being high for much of the year due to the COVID-19 pandemic and collectors and investors wanting protection from inflation. That has driving the cost of silver up which, in turn, makes this particular release one of the more expensive in the series.

The final coin in the America the Beautiful Quarter series is slated for release on February 8, 2021. That coin will honor the Tuskegee Airmen National Historic Site 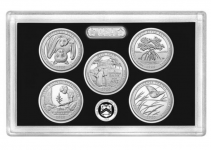 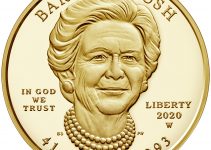