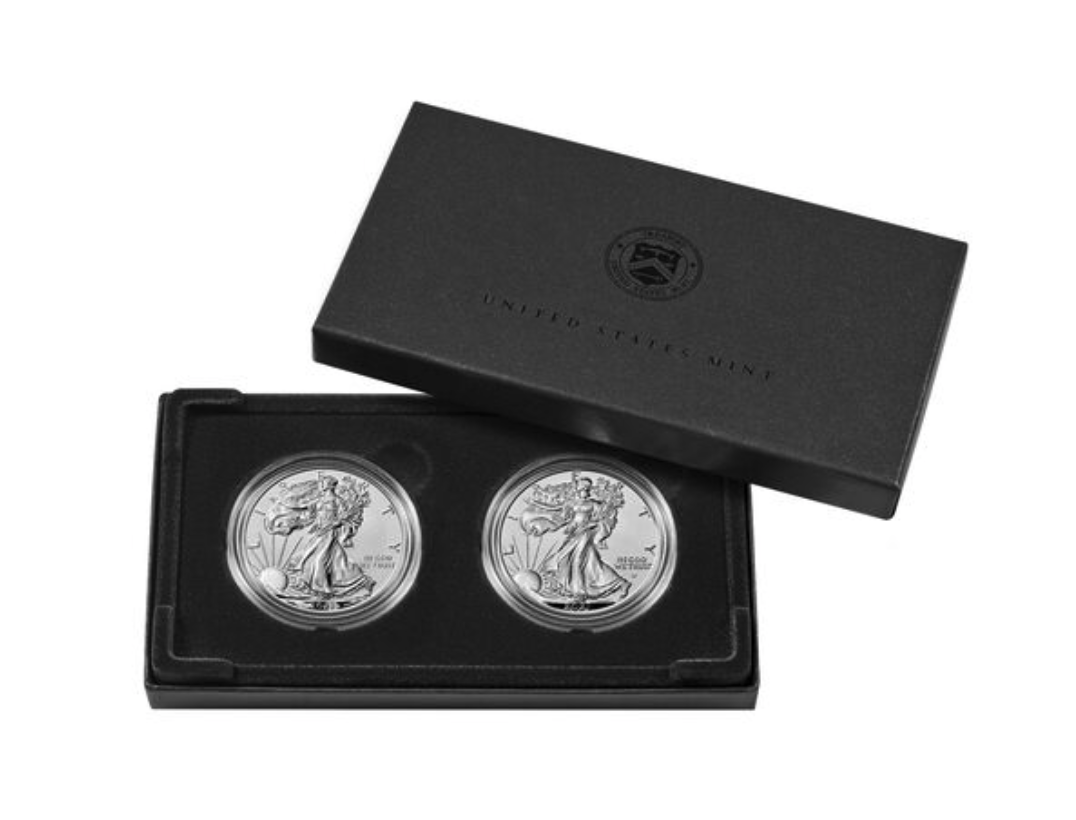 After being delayed last month, the final American Eagle product for 2021 is set to be released today and it could be one of the highest demand products of the year for the United States Mint. The 2021 American Eagle Silver Reverse Proof Two-Coin Set Designer Edition will go on sale at Noon Eastern, 9:00 AM Pacific today, with just 125,000 sets being available. Priced at $175, the set is expected to sell out within minutes given its unique nature.

The United States Mint first listed this two-coin set back in March. At the time, I speculated that the set would likely consist of a Type-1 and a Type-2 American Eagle and would be priced around $200. With the bullion challenges that the Mint has faced this year, it is good to see that this one is actually going to happen and was not abandoned.

As mentioned, the two-coin set has a limited production of 125,000. When sales start, there is a household limit of one set. It is expected that these sets will sell out within minutes upon release. For those who want to try to get one to add to their collection, be on the Mint’s site at Noon Eastern, signed into your account, and credit card handy just in case you need it. And as one collector to another, good luck Numipeeps!