Today’s Mail Bag asks a question that many have been asking for years. Is the Cent going away? The short answer is no, but it is a bit more complicated than that short answer. Specifically, the question today came in from Adam.

I hear rumors that the cent is going to be going away soon. Is that true? Won’t that drive up the cost to collect them?

Let’s unpack the questions from Adam. First, while rumors have persisted for years about the smallest denomination coin going away, it hasn’t happened and likely won’t happen soon. In order to eliminate the denomination, every single company that sells a product would have to adjust their pricing models to round up or down to the Five Cent mark. That is easy in theory but very difficult to do. To be fair, it would be easier to do this in 2020 rather than say 2000 as we are far more software driven on setting prices and changing them. It is, in many ways, a straightforward code change but it retailers would likely ask for a year or two before the denomination was eliminated to give them time to adjust.

Part of the reason that the rumors of the denomination’s demise have been due to the cost of producing the coin. A Lincoln Cent costs the United States Mint roughly .02 to produce. That’s right, it is a money loser for the Mint as soon as the coin is pressed. That, of course, has raised more than a few eyebrows in Congress when the Mint gives its annual report. However, there is currently no legislation calling for the elimination of the coin or the denomination.

Finally Adam, to your Numismatic question. Yes, the elimination of the coin and denomination will certainly drive up the value – and therefore the cost – of collecting Lincoln’s. However, it won’t be dramatic. Remember that there have literally been billions of them produced so collectors will be able to readily find them for decades to come.

Thanks for your question Adam!

If you have a question, use the contact form on the About Page and send it in! 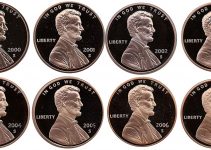